The Mathematics department is fortunate to offer many opportunities to support all students’ learning outside of normal lesson time and is keen to develop students’ independent study skills. We have a small computing room (D8) which we share with the Geography department. ‘A’ level mathematicians have a designated sixth form quiet study area within the department. All students are able to attend sessions after school every Thursday where they can work on making further progress in the subject and access extra support from maths staff. All maths teachers are only too willing to support students at break & lunch times. 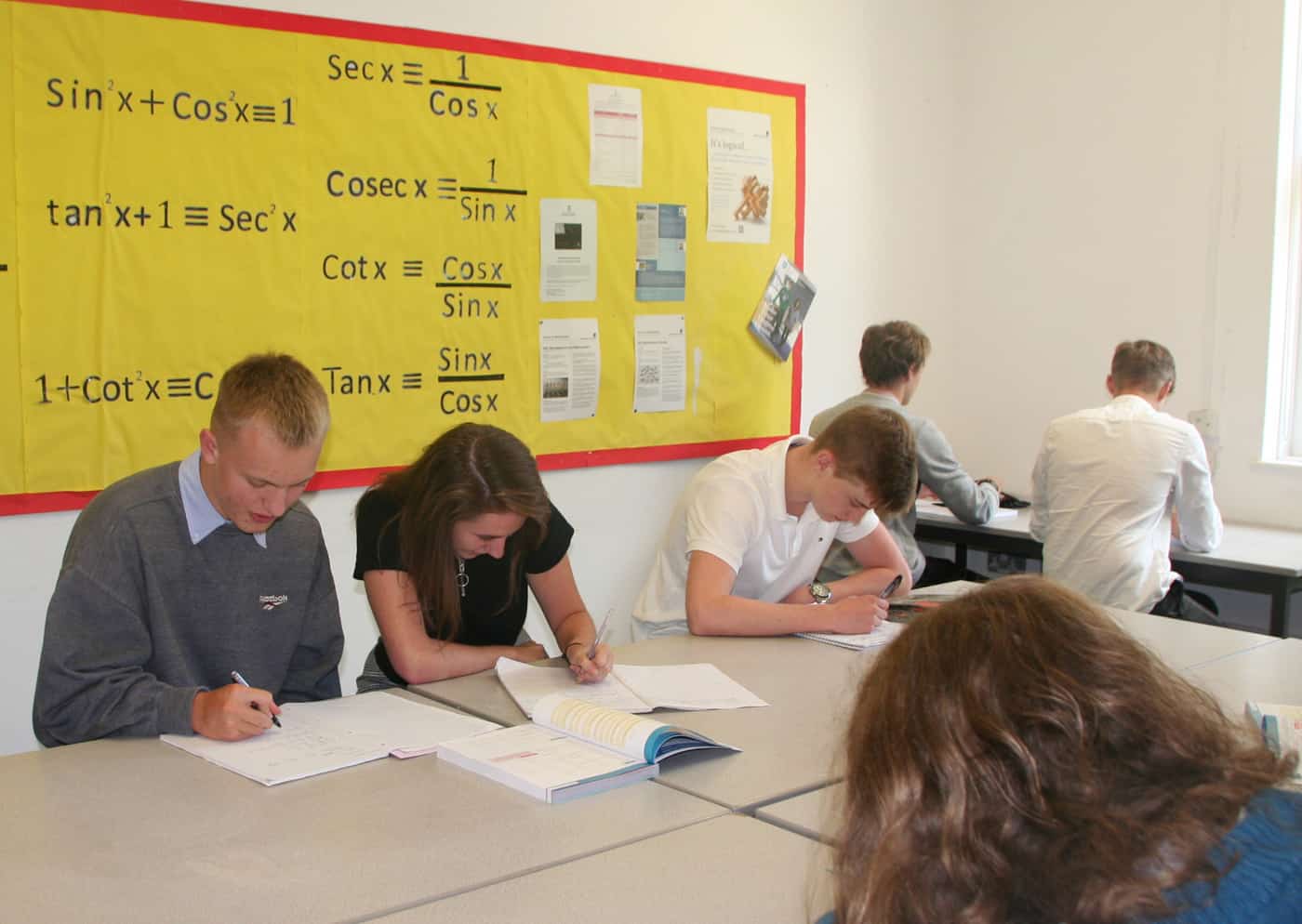 The Maths team have a passion for teaching mathematics and working with young people. Our vision is to help our students develop into confident mathematicians able to tackle problems with initiative, perseverance & resilience. We believe that all students can achieve success in Maths through a ‘Growth Mind-set’ approach combined with an emphasis on engagement & effort.

Mr Thrower (Head of Department) has a degree in Mathematics and a Master’s in Meteorology and started at Chipping Norton School in 2015.  He greatly enjoys discovering songs on youtube that help to reinforce a mathematical concept – check out the quadratic formula song

Miss Kearns (Assistant Head of Maths/KS3) has a joint degree in Mathematics and Psychology and a Master’s in Education Management and having started at Chipping Norton School in 2001 is the longest serving member of the department. Even so she hasn’t heard the quadratic song either.

Mrs Avery (Assistant Head of Maths/KS4) has a degree in Mathematics and Psychology, a Post Graduate Diploma in Human Resources and an MBA. After a career in insurance she decided to follow a childhood ambition to be a teacher and joined Chipping Norton School in 2006.  She greatly enjoys discovering maths through the eyes of her students and the light bulb moments when a link that was missing is made.

Mr Liddament has a degree in Software Engineering and started at Chipping Norton School in 2012. He is most upset that he hasn’t heard the quadratic formula song, but does like to sing ‘Twinkle twinkle circle star’.

Mrs Deans has a degree in Mathematics, although she originally trained as a Chemistry Teacher as she also has a Chemistry degree. She joined at the start of the academic year and is now worried there is a song she has to learn.

Miss Campbell is our newest member of our team. She has a masters degree in Civil Engineering and Architecture, which led to a career as a Chartered Civil Engineer working on projects all over the world. She is now fulfilling her ambition to be a Maths teacher, with a particular passion for relating the maths that we learn to real life applications; often preempting the common question of “why are we learning this!”.

Miss Ashdown has a degree from the Open University which incorporated numerous modules such as maths and education.  She started at Chipping Norton School in 2005 working as part of the learning support department and joined the maths department in 2019 after gaining QTS status.  She enjoys watching all students’ progress and has a passion for SEN.

Our curriculum from Year 7 to Year 13 has been designed to give every student the opportunity to maximise their potential in mathematics. We want students to enjoy the challenges posed by the subject and enjoy the satisfaction of producing well-structured written solutions. Our curriculum helps students to achieve strong academic outcomes. We also run extra curricula activities such as Maths Challenges, Additional Maths and numeracy interventions to support students’ academic needs.

The Mathematics Curriculum in Year 7 & 8 is delivered by the Mathematics Mastery Programme. Students will have the opportunity to explore a concept deeply before moving on to the next concept thus developing students’ mathematical mastery & confidence. Content that some students might not find stretching initially can be covered in a way that creates opportunities for very challenging mathematical thinking. The curriculum programme is structured in the belief that pupils should: 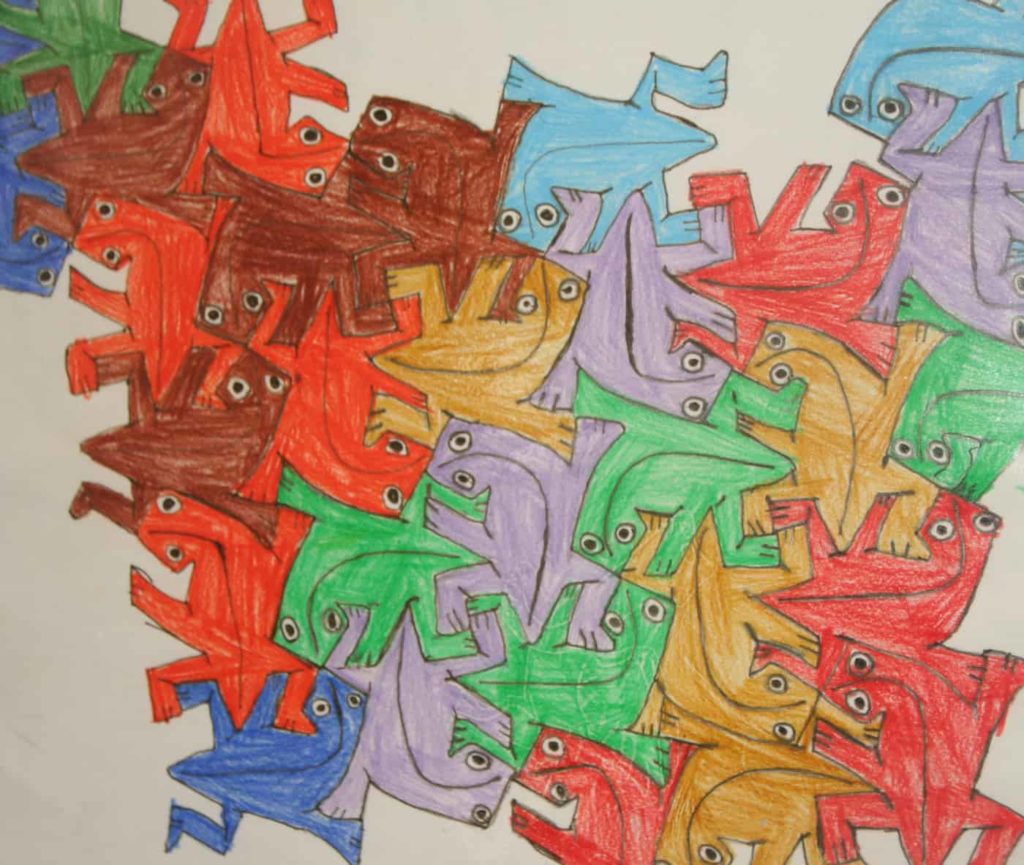 In Year 9 to 11 students follow the OCR GCSE 9 – 1 Mathematics course.   A key focus of the course is for students to develop their ability to produce well-constructed written solutions of complex multi-step problems. The key principles of the course are as follows;

‘A’ level Maths & Further Maths is delivered by following the Edexcel specification.  Students achieve success by working hard and completing lots and lots of questions. The 3 overarching themes of the course are;