At Chipping Norton School we have designed an English curriculum that is both stimulating and challenging. We aim to engage our students by introducing them to a wide spectrum of literary fiction and their contexts, as well as equipping all students with the reading and writing skills necessary for success in life. As a team, the English department are passionate about our subject and aim to share our love of language and literature with our students.

Miss Millar, Head of English, has three separate Masters Degrees: English Literature, Journalism, and Researching Educational Practice. Prior to teaching, Miss Millar taught English as a foreign language at international summer camps for children from around the world. Miss Millar joined Chipping Norton School in 2015 and especially loves teaching poetry, Shakespeare and grammar. Her favourite author is Julian Barnes for his dry humour, but her all- time favourite novel is George Elliot’s ‘Middlemarch.’ Miss Millar enjoys furniture restoration in her spare time, as well as live comedy.

Mrs Nicholas, Assistant Head of Department and KS4 Coordinator, has a degree in English and Theatre Studies and a Postgraduate Certificate in Counselling. Mrs Nicholas joined Chipping Norton School in 2016, having taught in the Peak District for 10 years. She enjoys literature that explores the human condition and the psychology of characters. Her favourite novels include ‘Alias Grace’ by Margaret Atwood, and ‘We Need to Talk about Kevin’ by Lionel Shriver. Mrs Nicholas enjoys live comedy, and going for country walks with her family and her beloved dog, Alfie.

Mrs Duffy, Assistant Head of Department and KS3 Coordinator, studied English and Latin at university. Prior to becoming a teacher, she worked in marketing for Nestle in London. Mrs Duffy joined Chipping Norton School in 2012. Mrs Duffy enjoys the study of literature because it has so much to teach us about history, politics, social mores and moral values. Dickens’ ‘A Tale of Two Cities’ is her favourite book for its genius and suitability for all times and ages. In her ‘spare time’ Mrs Duffy can be found charging around after her own children and taking them to their various after school activities.

Mr Gent, Assistant Head Teacher, studied English Literature at university and joined Chipping Norton School in 2013. Mr Gent taught English as a foreign language in Poland before completing his PGCE. Mr Gent enjoys the way that great literature communicates truths that cannot be expressed in any other way. For this reason, he enjoys poetry, particularly the poetry of Blake, Keats and Shelley. Mr Gent’s favourite novels include ‘The Corrections’ by Jonathon Franzen and ‘A Fine Balance’ by Rohinton Misty. As part of his degree, Mr Gent specialised in Contemporary American Literature. As a result, he spends a lot of his spare time trying to write stories in the style of Dave Eggers, Jonathan Franzen and George Saunders.

Mr Long studied English and History at university. Before becoming a teacher, Mr Long worked as a miller and turner, and some of the things he made went into space on a European weather satellite! He also spent 15 years working on MRI scanners. Mr Long enjoys reading post-colonial and dystopian fiction, tending to be drawn to novels that explore the struggles of the poor or the displaced. His favourite books include Orwell’s ‘1984’ and ‘Docherty’ by William McIlvanney. In his spare time, Mr Long enjoys motorcycling, surfing, playing the drums, watching live comedy and looking after his pet reptiles.

Hannah Rootham studied English Literature and Hispanic Studies at University. Her degree focussed on Latin American fiction and Road Journeys in 20th Century America. Prior to becoming an English teacher she taught English as a foreign language in Spain and worked for educational charities in London and Nicaragua. Her favourite authors are Nora Ephron, Richard Yates, Alan Hollinghurst and Gioconda Belli. Her favourite musical voices include Beck, Prince and PJ Harvey.  In her spare time she can be found outdoors either hiking, running or making flower arrangements from the garden.

Ms Skill took Drama, Theatre and Performance Studies at university, recently completing her MA in Education Policy. Before joining CNS in 2019, she trained with Teach First, then worked in West London leading a school rewards system. Unsurprisingly, Ms Skill spends a lot of her time at the theatre, as well as painting and  – as a stereotypical English teacher – writing poetry.

Nichola Huddleston our Curriculum LSA left school and started working in the financial services sector, where she studied in the evenings for professional financial qualifications. After having her three children she retrained as a learning support assistant gaining her NVQ level 3.  She transitioned from primary to secondary building over 15 years experience.  She enjoys reading WW1 and WW2 novels. In her spare time she likes to travel, exercise and cook. 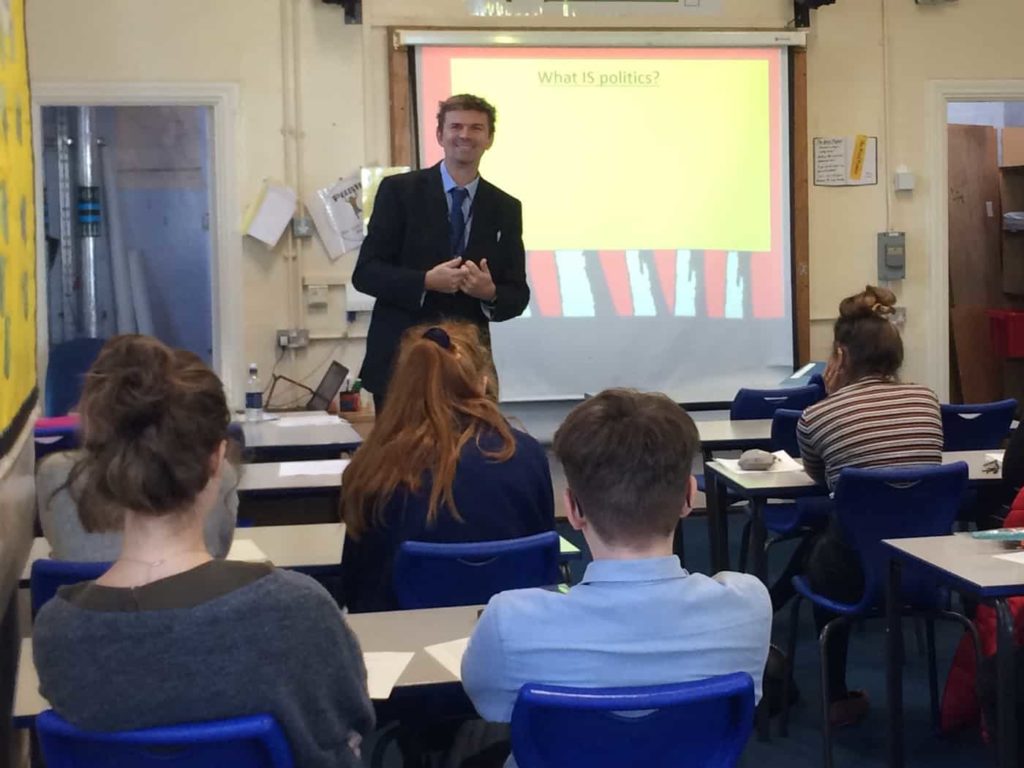 Our Key Stage Three Curriculum consists of 8 Units taught across three years. Each Unit is designed to build skills and knowledge that will support each student’s development, preparing them well for the demands of Key Stage Four. Students in Key Stage Three will enjoy a rich and diverse programme of study, where they will read a range of stimulating literary texts, write in different forms for different audiences, secure and improve their literacy skills, and develop their vocabulary. (Unit titles can be found in our Key Stage Three Curriculum Map).

All students at Key Stage 3 take part in our Accelerated Reader programme. The programme aims to ‘motivate reading practice’ and ‘improve reading progress.’ Students have one library reading lesson every two weeks in Year 7 and Year 8, and once every three weeks in Year 9. In addition, all Key Stage Three lessons begin with 10 minutes of silent reading where students can enjoy a book of their choice.

At Chipping Norton School, we follow the AQA syllabus for GCSE English Language and English Literature. Students begin their Key Stage 4 English in the summer term of Year 9.

The AQA syllabus for English Language develops the skills students need to read, understand and analyse a wide range of different texts, and has a focus on the skills required for writing for different purposes. Students will sit two English Language examinations in Year 11 and complete their Spoken Language endorsement at the end of Year 9 when they commence Key Stage 4.

The Spoken Language endorsement requires students to give a presentation to the rest of their class. This assessment is a separately endorsed and does not form part of the English Language grade, instead students will receive a separate grade on their examination certificate; students can achieve a Pass, Merit or Distinction.

Students’ reading will include a wide variety of fiction, non-fiction and literary non-fiction. Students will also practise close reading and will respond to non-fiction by analysing, for example, newspapers or leaflets.

Writing is an important skill and is assessed in each examination. Students will write for a number of different audiences and in a variety of styles as preparation for the exams. Students will be required to write creatively and persuasively. Spelling, punctuation and grammar are also assessed in the writing sections of the examinations.

For more information about the AQA English Language GCSE, please follow the link to the AQA specification.

Students will learn skills that will help them to respond to texts with imagination and sensitivity.

There are two examinations for English Literature GCSE and they will be both be taken in Year 11.

For more information about the AQA English Literature GCSE, please follow the link to the AQA specification.

If you would like to know more about the organisation of the KS4 English courses, please see the copy of the KS4 curriculum map

Read More on This From AQA

The AQA English Literature B specification affords students the opportunity to study texts within the genre of Tragedy, and Social and Political protest writing.

At present, students’ drama study includes Othello by William Shakespeare and Death of a Salesmanby Arthur Miller; poetry study includes a collection of Keats’ epic poems, and Songs of Innocence and Experience by William Blake; and prose study involves The Handmaid’s Tale by Margaret Atwood and The Kite Runner by Khaled Hosseini.

Assessment takes place at the end of Year 13 when students sit two examination papers, testing their study over the previous two years. Coursework is worth 20% of the final mark.

Students who love to read, debate, and consider the importance of the social and historical contexts of texts will find this course both fulfilling and challenging.

For more information about the AQA A level English Literature B course, please follow the link.

The AQA English Language and Literature specification is a great choice for students who have enjoyed the creative writing element of the GCSE course, and are looking to extend their study of literary texts in a detailed, grammatical, and exciting way.

Students begin this course with an in-depth unit on Language Levels, which provides them with a toolkit for analysing texts in stylistic detail throughout their two-year course. Students then go on to study ‘The Handmaid’s Tale’ and the Fantasy genre; poetry by either Robert Browning, Seamus Heaney or Carol Ann Duffy; ‘Othello’ as part of the tragic genre; and a collection of mixed-media texts such as blogs, advertisements, autobiographies and many more, based on experiences of the city of Paris.

Assessment takes place at the end of Year 13 when students sit two examination papers, testing their study over the previous two years. Coursework is worth 20% of the final mark.

Students who are interested in a looking to study a wider range of texts than at GCSE, and who enjoy writing creatively, will find this course stimulating and rewarding.

For further information about the A level English Language and Literature course, please follow the link. 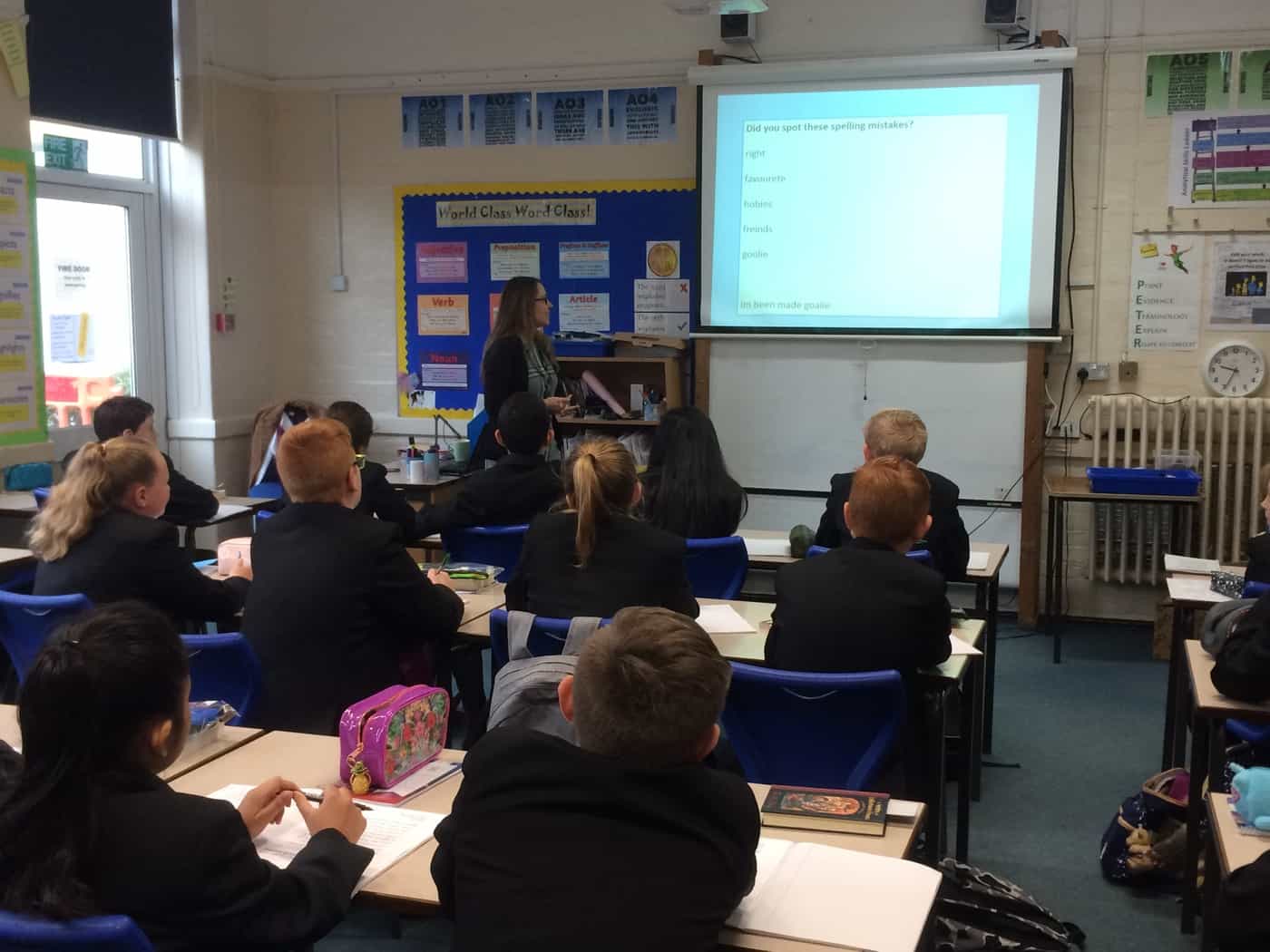